So today is Merdeka. We're already 57 years old, or more precisely, Malaya is 57 years old, while Sabah is 51 years old. There are only two people in my life as I know of who is at the same age as of Malaya and Sabah. The Malaysian formation is only 51 by come 16 September. I don't need to repeat again about the history as every young Malaysian would have learnt a big chunk of this in secondary school whether you like it or not.

We may be 57. We already have been freed from the colonialism that was the English, Dutch and the Portugese, in cumulative, but is it completely?

Not really. We're not totally freed largely on  the aspect of of our mind. How we act and how we rule is still following what happened almost 60 to 70 years ago. The idea of independent thought, unconventional ideas and acts that are to break the existing mold, boundaries and rules are still considered alien to many Malaysians, especially those in the older generation. Having a different set of thoughts can at the extreme be considered as crime by some. Just because of that, some are thrown into the prison cells while we seem to be neglecting the bigger evil, of those who cheat,  rob and murder still runs wild. And to summarize a point to ponder from today's The Malaysian Insider editorial, even if Malaysia is viewed as a shiny apple in the postcards and images that we see, it is not what it seems to be, especially if you are observing how things are happening inside and at the surface astutely.

We still are thinking a few steps behind of the people from nations have moved a lot of their society obstacles aside. We still can't even win a single Olympic gold medal and even fell behind to our poorer neighbours in certain aspects. And some are worried that the society is starting to move backwards in social apperances and thinking towards prior the 16th century or earlier. Will this be prolonged until we reach 2057, when Malaya is officially 100 years freed from the English?
On that question, it is possible that it could happen as the result of the sins of the older generation and the present generation's ignorance. While we keep ignoring the signs and the cower in the threat of being hauled for saying something that is breaking the convention, the warning is that we could only live to see it regretting whenever an apocalyptic event occurs. The horsemen of Apocalypse do not know anyone by its religion or skin. It will claim whoever is on their path, regardless of a person claiming to be holier than thou. So, are you going to realize it only at the twilight of your life when you have the chance to do it right when you have able limbs to move around? I don't really like such outcome in the end, because gleefully, it can be used as ammunition for myself to rub more wounds on those who would start lamenting when that time comes.

Will you be willing take the risk to yourself if you choose to leave it as it is, even it will cost you in one way or another?

The idea of Merdeka is not just about waving flags, heading to Merdeka Square to celebrate, seeing those propaganda videos played in cinemas and on TV. It also means independence of the soul meaning you are who you are and only you decide what you want to end up. A person should be given the chance to decide for themselves of what they wish to do and they only need to be reminded that they are responsible for their actions and be ready for their consequences. It's sad to see there are certain Malaysian friends, despite being Malaysians who are not given the chance to really think and decide, whereas are compelled to accept blindly what others authorities say and not allowed to question for themselves. That is not the proper freedom within the framework system that one is entitled for. There's no such thing as this applies to certain groups while the other group cannot have the same thing as others. To be consistent, it's all or nothing.

Let's put another example. Say there is a law introduced where it is considered bad on moral grounds, bad because it goes against the Money 101 principles, are you going to keep quiet and meekly accept it or do you start to come out and prove that they are actually wrong or something? No wonder, the famed man, the Pendita Zaaba, as well as the book Mental Revolution (Revolusi Mental) has posed a problem that was on Malays previously, but Malaysians now that we are poor in the soul and who does not have the spirit of adventure as certain Malaysians do.

Our administrators have yet to have some of the solutions matched to the current time. The solutions we had are still archaic in time and nature. Britain may no longer be our colonial master but the rules in the past have been put into their archives acknowledging that time has catched up with the old terrors like Sedition Act, the Eady Levy, etc.. Come to think in the next two decades or so, are we going to be a subject of chastising of other countries, even from our financially poorer neighbors who say that we still use obsolete things to make ourselves omnipotent but foolish?

Let's finally go back to the Merdeka history. We seem to be seeing only figures from Tunku to Najib all the time whenever we drive around the streets of KL. But what about other figures who have also contributed indirectly to Merdeka, the left-wing figures like Ibrahim Yaacob, Ahmad Boestaman and etc..? What about the anti-British freedom fighters who fought at the cost of their livelihood of the likes of Tok Janggut, Dato Bahaman or even Dol Said? Aren't their figures supposed to show up to show our appreciation for their contribution? Have we forgotten them already?

A year or two ago, people have raised the issue of our flag resembling the American flag and the tune of our national anthem resembling the Memula Moon song. They brought it up on the historical perspective and even showed the alternative flag the Sang Saka flag. Instead of getting to know the other side of our national history, other people jumped up and down like mad dogs, screaming all sorts of nonsense. Couldn't these people digest such possibility and acknowledge that these resemblances are perceived by some that we are copycats instead? And again as to repeat the earlier question, are you going to only notice / realize it when your life's at the end?

That's also some food to ponder and Selamat Hari Merdeka folks.
Posted by Melvin Mah at 7:28 PM No comments: Links to this post 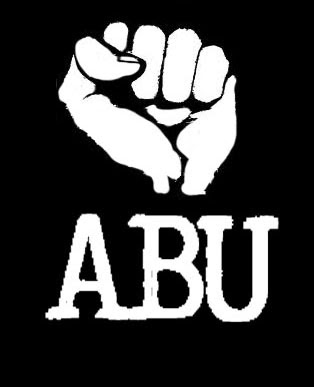